As well as the “Classic Grid” interface described before, RouteMaster also has a simple “Arm and Take” control interface. This is ideal for smaller routers with only a single level, and is perfect for use with NDI routing where preview windows for inputs and outputs are available.

Select Arm and Take from the Control Interface menu in Settings. 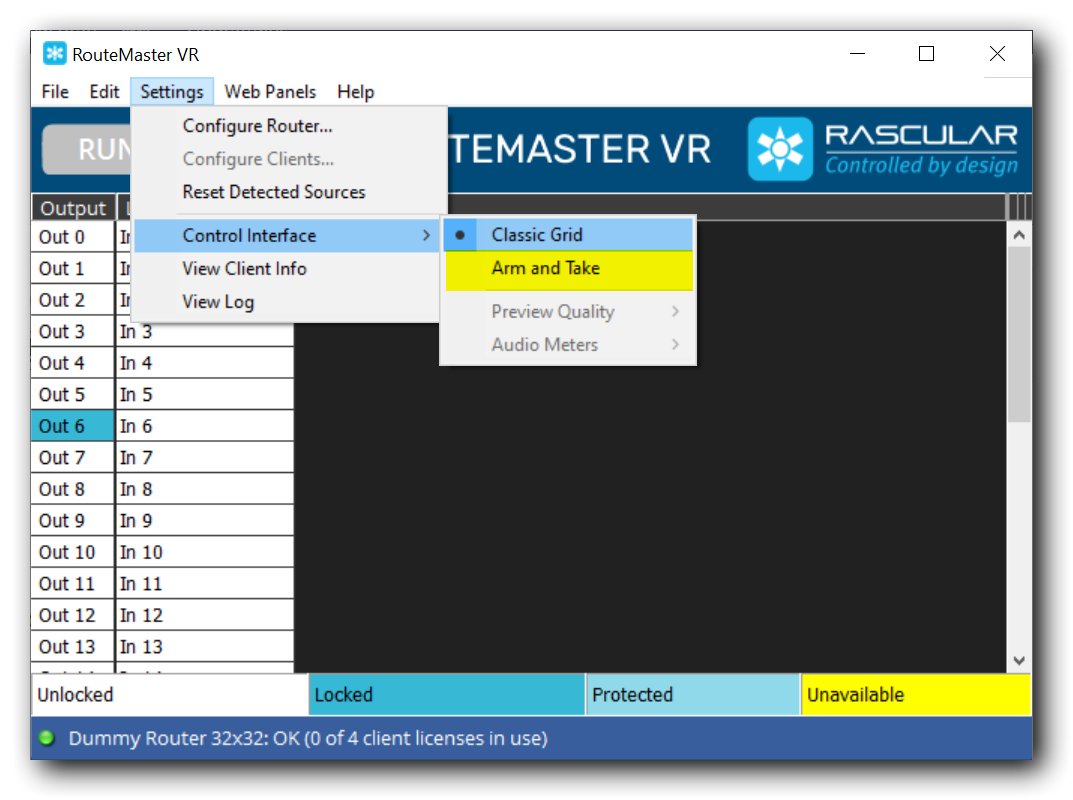 Overview of the Interface 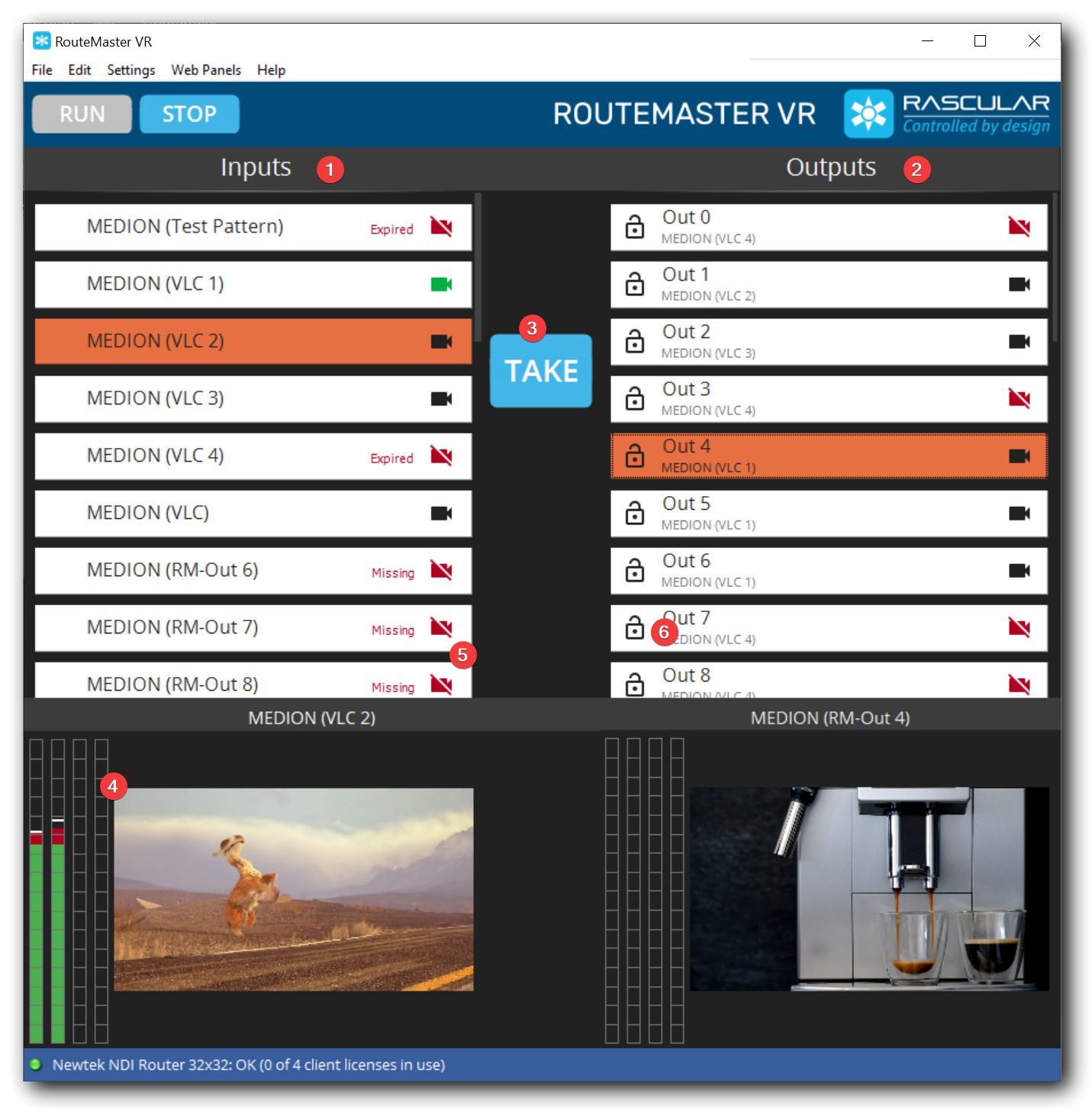 This shows the Arm and Take interface when used with NDI video. The live video windows at the bottom (only available for NDI) show video and audio metering for the chosen input and output. As you select different inputs and outputs the video follows.

Router inputs are presented as a scrolling list on the left of the window. The list can be dragged up and down. For each input we see the name and (depending on the router) some status information.

Selecting an input by clicking on it displays the input video at the foot of the screen.

Similarly, outputs are presented as a scrolling list on the right. The list can be dragged up and down. For each output we see the lock status, the output name and the name of the input routed to that output.

Again, selecting an output displays the output’s video at the foot of the screen.

This routes the currently selected input to the selected output. You’d typically select the output to change, select the required input then press TAKE.

If you’re using an NDI router, the video for inputs and outputs can be seen directly in the UI. You can configured the video quality  and audio metering  via the Control Interface menu. You can also drag a divider above the video windows to alter their size.

Icons to the right of each input indicate status. 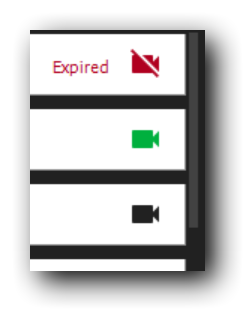 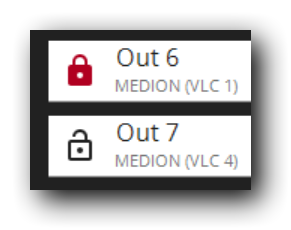 The padlock icon on each output shows the current Lock status. Clicking on the padlock will toggle this.